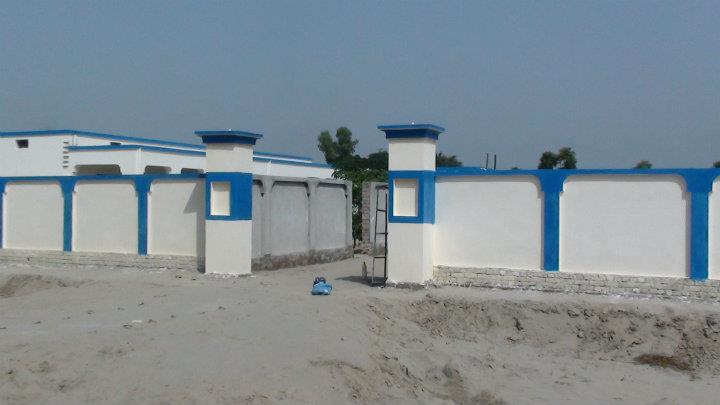 This project was a joint venture of The NGO World Pakistan and Light House Association Turkey.

Background: Sobay Wala was a village of UC Kotla Haji shah of District Layyah comprising of almost 500 families. Almost half of the population lost homes and land due to deadly floods of 2010. Affected families were living in borrowed homes of big landlords where they were continuously under mental and social stress especially women and children were facing hardships.

The NGO World Foundation identified such families and put efforts to resettle them. It constructed homes to benefit some targeted families. These houses were built on a single shared location (Kukar Wala) like a small village with other facilities especially proper sewerage and arrangements for clean water. The NGO World provided A-class construction material along with technical services of its engineers while community participated by providing skilled and unskilled labor.

The beneficiaries gave the name “Light House Village” to this small village because the whole project was funded by Light House Association (Deniz Feneri) of Turkey.