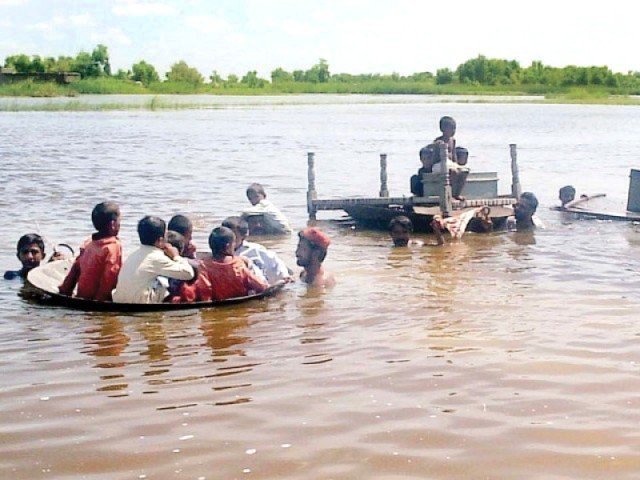 The visit was accompanied by a local organization, Hasrat Development Organization (HDO). The HDO officials travelled with us from Halla to Shehdad Pur. On our way to Shehdad Pur, it was observed that the main roads were completely covered with water. The water was still standing all around.

• Almost all the infrastructure was damaged.
• Hospitals, schools and other main government and private buildings were still surrounded by water. The buildings were being dilapidated.
• People lives were disturbed. They were compelled to use donkey carts to go through the marshy or water-filled streets.
• Because of permanent standing water in the streets, people were hindered to go on their work.
• School going children were unable to go to school.
• The standing rainwater was very much polluted and it got seeped through ground, so drinking water was highly contaminated and was not drinkable.
• Almost all the crops had been destroyed.
• Animals were suffering terminal diseases and deaths.
• Native people were run short of milk especially villagers.
• Most of the mud houses were dilapidated and people had lost shelter.
• Water borne diseases were prevailing in the area.
• On farm, livelihood was destroyed.
• Farm laborers were deprived of the morsel.
• Farmers were undergone into heavy debts of shylocks.
• Next crop (mainly wheat) was doubtful to be cultivated because the rain water didn’t seem to be vanished before next crop cultivation time.
• Most of the village IDPs were compelled to reside on the embankments and along with the roads. They were living under self made rug tents.