The NGO World Launched the “smile” program for Orphans

Rimsha Khalil is pride of RIDA for Girls Project

The social system of Islam is the guardian of the survival and dignity of humanity, under which the rights of orphans, like all human beings, have been determined. And Allah says in the Qur’an:

And they ask the Prophet (peace be upon him) about the orphans. “Say: It is better to do good to them.” by the grace of almighty Allah, the NGO World Foundation launched the “Scatter Smiles” project with the support of the Turkish charity Deniz Fenery, which provided cash assistances/stipends to orphans. In this regard, a ceremony was held at a hall in Korangi, Karachi. Parents of the children and the esteemed locals participated in the program and appreciated the efforts of The NGO World Pakistan as well as supported the children. The ceremony was formally started with the recitation of the Holy Quran, and Naat Rasool Maqbool (PBUH), in addition, the children made the ceremony very pleasing by presenting tableaus and their performances. In the event, cash scholarships are presented to 100 orphan students so that they do not feel financially deprived and they live cheerfully.
The Chairman, NGO World Foundation, Mr. Zafar Iqbal participated in the “Scatter Smiles” program and appreciated all team for organizing and managing such a wonderful ceremony for the pearls/orphans. He thanked Deniz Fenery for supporting this noble cause, he also thanked all the participants for their presence in the ceremony, he further mentioned that all of these children are pearls and we have to polish them and support them for their better future and well-being. The chairman also said to the children that they can play their role as responsible citizens and successful people in society by attaining a good education.
In the end, all the participants appreciated the act of kindness and efforts of The NGO World Pakistan. 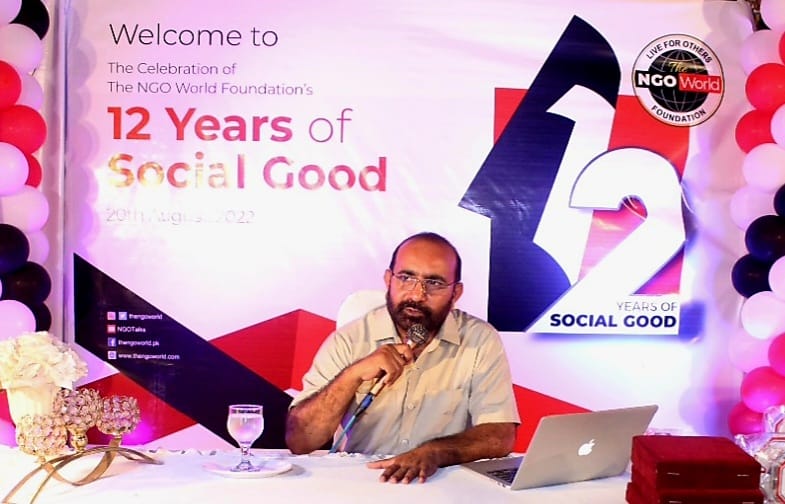