Eid-ul-Adha Among The Flood Victims 2010

Distribution of Food Items during the Holy Month of Ramadan 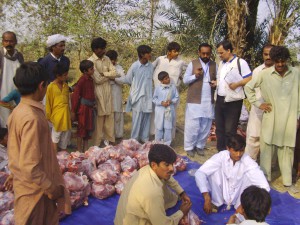 Sacrifice, commonly known as Qurbani, means the slaughter of an animal in the name of Allah on the 10th, 11th and 12th of the Islamic month of Zil Haj.

It is not their meat nor their blood that reaches Allah: it is your piety that reaches Him: He has thus made them subject to you that ye may glorify Allah for His guidance to you: and proclaim the Good News to all who do right.

Each day thousands of animal are slaughtered for food purpose and there is nothing wrong about this. But if we slaughter an animal just to please the divine power and then discard the dead body, it is a shameful act. If you understand the purpose of Qurbani/Sacrifice in Islam, you will be soon aware of the fact that at Eid-ul-Azha/Eid-ul-Qurban, sacrifice is done by Muslims not by the animal. Because for animals it is a daily routine to be killed by the man in cities or by beasts in the jungle as food chain. At Eid-e Qurban Muslims sacrifice their money to buy the best available animal according to their financial position and then they sacrifice time, to manage all necessary arrangement to slaughter the animal and distribute it in needy persons.

So Islam does not want Muslims to  “just kill a living being” for the sake of ALLAH but Islam demands a Muslim to show his affection for his ALLAH within the natural circle ( kill and live).

So to please Almighty Allah by their deed, Denis Feneri (Turkey) and The NGO World (Pakistan) slaughtered 222 animals (Cows) to help the flood-affected people of district Layyah, Pakistan on this occasion of Eid-ul-Azha and the purpose of this act was;

These 222 animals were slaughtered on nine locations and the meat was distributed among poor flood affectees of surroundings.

One packet of meat was distributed to one family and each packet contained an average of 04-05 kg meat. 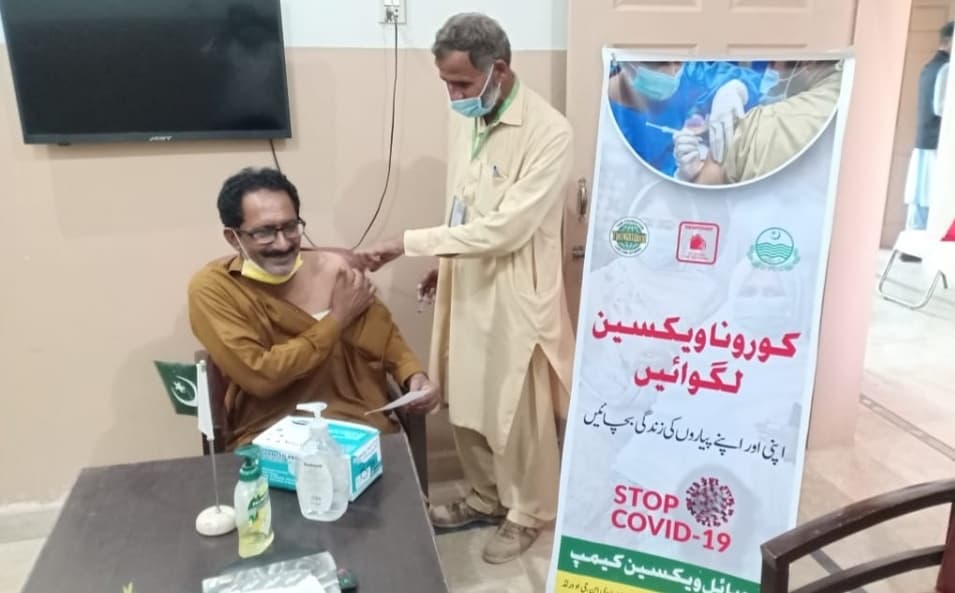 COVID-19 Awareness Camp by TNW; Deputy Commissioner Sensitized the Citizens about the Situation.