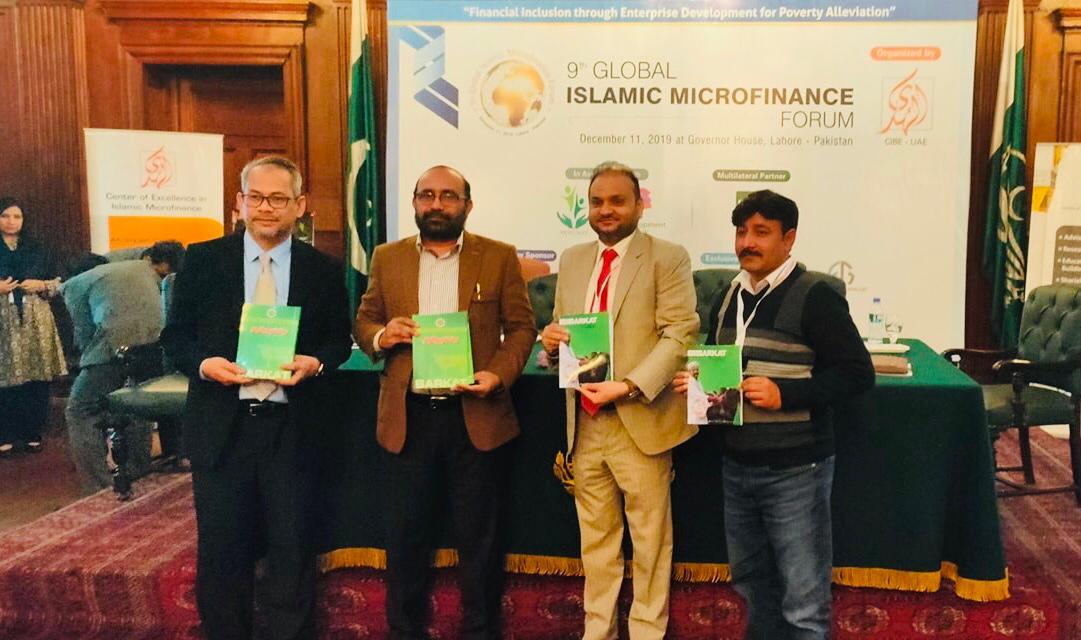 December 11, 2019, the 9th Global Islamic Micro Finance Forum was organized by Al-Huda (CIBE) at the Governor’s House Lahore, Punjab Pakistan. It was attended by delegates from various countries around the Globe and chaired by Chaudhry Muhammad Sarwar, Governor Punjab.

Mr.Zafar Iqbal, Founding chairman of THE NGO WORLD presented the details about Shari,ah complaint, livestock based initiative of poverty alleviation by The NGO World “Barkat Project”. He briefed the audience regarding its viability, strengths, self-sustainably and positive impact on the lives of rural families. He told that Barkat Project has immense potential for expansion and replication and invited Government, NGOs, Philanthropists and Entrepreneurs to join hands with The NGO World to expand and replicate the Barkat Model to benefit the rural communities in other parts of Pakistan.

At this important occasion, a ceremony was also organised to launch the book written on concept and success stories of “ Barkat Project”

Chairman The NGO World Called on TIKA Coordinator in Pakistan